bundle-order.html Samsung i9220 Phones in Rooftop-how to put TV shows on Galaxy Note

What Type of Mobile Phone used in Rooftop Prince

Recently, Rooftop Prince is very hot, the most impressive to Rooftop Prince is that every actors and actress use a very big screen phone, looks so beatiful, cool, aristocratic. Yes, almost every people is attracted by the phones that used by the actors and actress. And many people aksed what brand of phone is in Rooftop Prince. It is Samsung i9220 (Samsung Galaxy Note series), with 5.3-inch screen, is sized between smartphones such as the Galaxy S II and the Galaxy Tab tablet. Even thought the screen of Samsung Galaxy Note is very big, it is only 9.65 millimeters thick. The slim design doesn't give people a clunky feel. 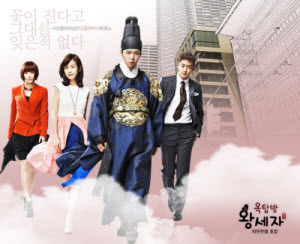 Rooftop Prince is a Korea television series about a Joseon crown prince who, after his wife dies mysteriously, in order to look into his wife's death, he and his Minister are brought into future. With time travelled to the future, he encounters his wife and sister-in-law and was got sucked into modern-day life and corporate intrigue. At last, he figured out what the truth is and find that his wife's vicious and continue the love not yet begin in the past with his sister-in-law.

About Samsung Galaxy Note I9220

In 3G era, using phones to review website, read novel, watch movies, play games have becomes the indispensable life requirements and habits of people. All these requirements and habits need a big good screen to experience a good effect. The big screen is doubtlessly a selling point of Samsung Galaxy Note i9220. And 2500mAH super capacity of lithium battery significantly improved the battery life of Samsung Galaxy Note i9220. The two highpoint attracted many customers.

It is also said that T-Mobile will begin offering the samsung Galaxy Note smartphone-tablet hybird in the coming weeks. The devices will run in the carrier's 4G HSPA+ network and come with Android 4.0 pre-installed.

Read the use guide of Tune4Mac M4V Converter Platinum

How to Put iTunes Music on Samsung Galaxy S3