Nokia Lumia 920: The Flagship of Windows Phone 8
& Comparison with Other Smartphones 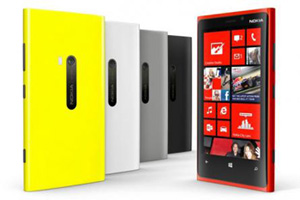 As we know, Nokia Lumia 920 is a smartphone which developed by Nokia, and running the new system Windows Phone 8. It's now available.

Compare with the flagship Lumia 900 from Windows Phone 7 era, the two devices look quite similar, but the case of Lumia 900 is gloomy while 920 is shiny and smooth, and 920 has a curved screen, which makes it feel better, more ergonomic.

Compare with Other capacitive screen mobile phones that need to operate with the pulp, Lumia 920 screen sensibility is beyond al other smart phones' screens. Users could wear gloves, long fingernails, or even an ordinary ballpoint pen to complete the phone touch operation.

Lumia 920 is equipped with a 8.7 megapixel rear camera, and the PureView technology is the first time being used on the Lumia phones. PureView technology uses advanced optical image stabilization technology. In a low light environment, and even the flash lamp is not opened, it is still able to intake five times more light than ordinary mobile phone's camera, hence no matter users are indoor, or at night, it is capable to capture clear, bright pictures and videos.

Lumia 920 also uses a Carl Zeiss lens, f/2.0 aperture to capture more lights into sensor. These changes mean that you can shoot better photos on a cloudy day, evening or indoor.

More great progress is the optical image stabilization system (OIS), also known as optical image stabilization. There has some phone supports digital image stabilization feature, but this cannot be compared with the OIS. Lumia 920 will be judged by the built-in gyroscope phone direction of movement, and to move the entire shooting module to ensure that the hand jitter does not affect shooting. In addition to be able to help bring excellent video, OIS can significantly enhance the photographic effect in the dark light, because the longer the exposure time, the more stable needed.

Here is an image that stands for itself: 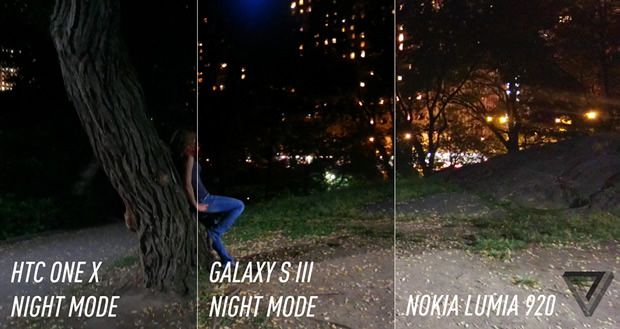 Besides PureMotion and PureView, Lumia 920 is also equipped with Nokia's urban kaleidoscope – Nokia City Lens, which is adding a new suite of Nokia Map and location-based services augmented to reality experience: only need to align the camera to the city streets, then the buildings will be displayed with restaurants, hotels, and other information. It also allows switching between map view and augmented reality view, to help people identify the direction and understand the surrounding environment.

Comparison with Other Smart Phones


If you have iTunes videos, and owned a Nokia Lumia 920 or on the way of buying one, iTunes to Lumia 920 Converter is a good assistant to convert iTunes purchases and rentals to Lumia 920 for playback.

>>How to convert iTunes videos and movies to Lumia 920 and Windows Phones for Playback?