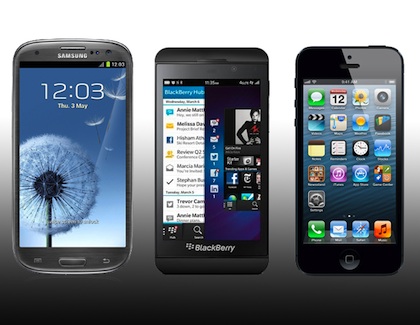 From the specification comparison, it seems that BlackBerry Z10, with a higher definition, powerful cameras, will be able to keep up with the iPhone 5 and Galaxy S3. But seeing how BlackBerry 10 stacks up against iOS and Android will come down to actually experiencing it, though what we know looks promising. Let's wait and see.

For users of BlackBerry 10 or Samsung Galaxy S3, you may ask "Will movies downloaded off iTunes work with BlackBerry or Galaxy S3", "How to get movies or TV shows from iTunes onto the BlackBerry 10?" You should know that movies downloaded from iTunes are locked with Apple DRM policy, which means they are not allowed to play on non-Apple devices. But there is always way out. In order to play the DRM protected iTunes movies on BlackBerry 10 or Galaxy S3, you can use the DRM removal tool called Tune4mac iTunes to BlackBerry DRM Converter to help you to strip the DRM protection from iTunes movies and convert the M4V video files to MPEG4 format compatible with BlackBerry and Galaxy S3.

Tips: If you are using Windows, you may need Noteburner iTunes to BlackBerry Converter for Windows. 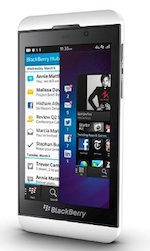 
BlackBerry 10: The next generation proprietary mobile operating system, developed by BlackBerry Limited (formerly RIM) for its BlackBerry line of smartphone and tablet handheld devices. It is based on QNX which was acquired by BlackBerry in April 2010. The platform was originally called BBX but this was changed when BlackBerry was blocked from using the BBX trademark after legal action from BASIS International, who already uses it for their software.

BlackBerry Z10: The first of two new BlackBerry phones (the other is BlackBerry Q10) presented on the January 30th, 2013 BlackBerry 10 Event, running the newest BlackBerry 10 OS. It will be available on February 3 in Canada and worldwide subsequently.